Officer Gets own DUI 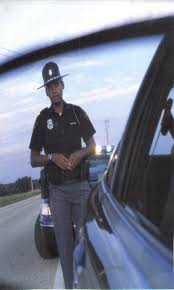 The following article just goes to show that sometimes, even police officers make mistakes.  In Miami Beach, Florida, recently, two police officers were interacting with five women who were reportedly attending a bachelorette party. The police officers, who were in uniform at the time of the incident, were seen taking pictures with the women and drinking alcohol at a hotel club.

Some of the women made statements to the effect that they did not know the two men were actual police officers because of their unprofessional behavior. One of the officers eventually left with one of the women and the two took a ride on an all-terrain vehicle along the beach. According to news reports, the man was speeding along the beach without the ATV lights on when he hit two people, a man and a woman, who had been taking a walk along the beach. Both individuals were hospitalized and required surgery to repair their injuries.

The two police officers were fired from the police department and the former officer who crashed the ATV was charged with four felony counts of DUI and reckless driving causing serious bodily injury. He was later released on $30,000 dollars bail.

We can see from this story that individuals of all positions and titles—even those called to protect our communities—can make mistakes. If you find yourself charged with a DUI, contact an experienced advocate to help you see the options you have available to you. Glen Neeley is a board-certified attorney who is dedicated to his clients’ success, and looks forward to working as your advocate.

One response to “Officer Gets own DUI”